The Pemayangtse Monastery is the most famous religious monastery in west Sikkim of the Nyingma Order and controls all other Gompas of the same order in Sikkim. It is close to Pelling, located 110 km west of Gangtok. Planned, designed and founded by Lama Lhatsun Chempo in 1705, the monastery is located at an elevation of 2085m and has a scenic backdrop of snow-capped mountains on two sides.

Built as a three-storied structure, it is one of the oldest in the line of all premier monasteries of Sikkim. Pemayangtse means “Perfect Sublime Lotus”, and is said to represent an intricate network of nerves or vessels in the human body. Over the years the monastery was destroyed more than once during earthquakes and has been refurbished many times. Pelling is a starting point to many major treks happening in the region, including the ones that go to Goechala. The monastery also takes pride in granting tourists a grand view of Mt. Khanchendzonga. The main temple has colourfully painted doors and windows in Tibetan design. Padmasambhava, the founder of the Nyingma order is the main deity. Not to be missed is the seven-tiered painted wooden model of Padmasambhava’s Zhangdo Palri or Heavenly Palace on the 3rd floor, which was built over 5 years. The monastery with its beautiful gardens also doubles as a lamasery with many young monks. Come immerse yourselves in this great history and culture of Sikkim 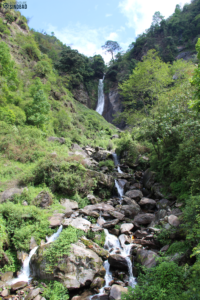 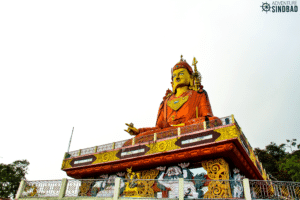